232 Days ’til 40: Einstein’s Definition of Insanity 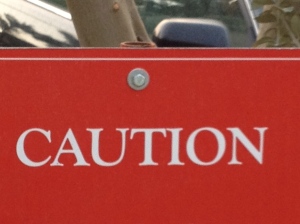 Insanity: doing the same thing over and over again and expecting different results. ~ Albert Einstein

The distance between insanity and genius is measured only by success. ~ Bruce Feirstein

Human beings have speculated about the relationship between inspiration and insanity for centuries. ~ Patty Duke

I first noticed this gentleman when I heard both of my daughters suddenly break out into fits of laughter, then hysterics. The man was pounding, and I mean POUNDING on the hood of his car with his hands, trying to get it to open. He would then curse, stop on the ground, run to the back of the car, and then head to the front of the car and repeat the pattern, continuing to pound on the hood – over, and over, and OVER again. He would then walk away and repeat. This must have happened over half a dozen times. Each time the man returned to the car my daughters found themselves laughing harder – “Mom, he is SOOO funny! Why does he keep doing that? It isn’t helping him open the hood” Needless to say, after all those attempts, he opened the bottle of windshield wiper fluid and directly dumped about half the bottle on his windshield and then got in the car and turned his wipers on.

I can think of so many different situations and circumstances when people get stuck in patters that do not serve them well. Relationships are often the most common place this occurs. People will repeat patterns of dysfunction and continually blame the “other” person – even when they have had a string of five or six divorces! How is it that a person who has had five or six divorces lacks the insight to realize that the one common factor in every divorce is them?!?

I also see this pattern regularly with people who struggle to maintain employment. There are people who just do not manage to properly fulfill their duties and responsibilities and end up moving from one position to the next, often let go because they just cannot do what they are needed to do. Sometimes laziness is a cause, and sometimes it can be a deeper issue, such as attention deficit disorder that is causing the continual failure. It would be wonderful if these people had the willingness and resources to analyze what is causing the dysfunctional patterns and work to change them.

Sometimes we find these patterns in our daily lives…. my kids do silly things all the time without thinking. My daughter had dry itchy hands at school a few months ago. She kept putting lotion on, but her hands got worse, so she was diligent with the lotion – throughout the day. When she came home completely red and with hives I had to break the news to her that she was most likely allergic to the lotion at school (she was) and that she actually made her problem worse by continuing to apply more and more throughout the day. I gave her a different lotion at home (and an antihistamine) with instructions to never use the school lotion again and the problem was solved.

Today, 232 days ’til 40, I challenge you to evaluate the situations in your life that seem to cause you to meander in circles without meaningful movement and change. Ask yourself if you are repeating patterns with the expectations of a differing outcome – if so, change those patterns!