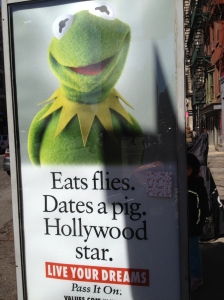 You are never too old to set another goal or to dream a new dream. ~ C.S. Lewis

Sometimes the best blog posts are short and simple.  Today I want to remind you that you are never too old to live your dreams or to create (dream) new dreams.  Some people feel that if they have not accomplished their dream (or at least taken steps) by their 40’s then they are too late.  This is absolutely NOT true.  Here are some wonderful examples from great role models:

Please never forget the words of George Eliot, “It is never too late to be what you might have been.”

Today, 296 days ’til 40, I seek to remind myself that it is never too late to live my dreams and set goals for a meaningful life.  I can start today.  I hope you do too!

Posted by RV in the Redwoods on May 1, 2012 in attitude, Dealing with Difficult People, Interpersonal Relations, Interpersonal Skills, mental health, Old, Parenting